Investigative journalist, Kemi Olunloyo lambasts a fan who rebuked her for mocking superstar singer, Davido for not winning a Grammy.

Kemi had taken to Twitter to mock Davido for not getting recognition at the prestigious Recording Academy like Burna Boy and Wizkid.

READ  Rema Gifts Fan With N200k for Doing This (Photo)

In reaction, a fan warned her to avoid such mockery on grounds that she has a son in the entertainment industry.

Kemi Olunloyo, however, flared up and wrote; 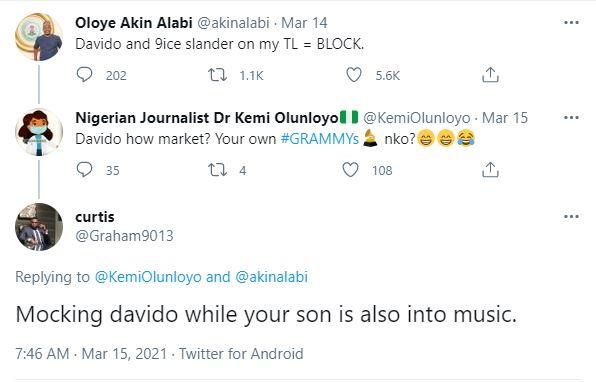 “Who’s Davido near my son? Do I need him for something? @Richkjtmusic is hip-hop, trap and R&B. Don’t compare my son to rubbish !! We earn streaming revenue daily and played on US radio stations via Apple music #Kemitalks.” 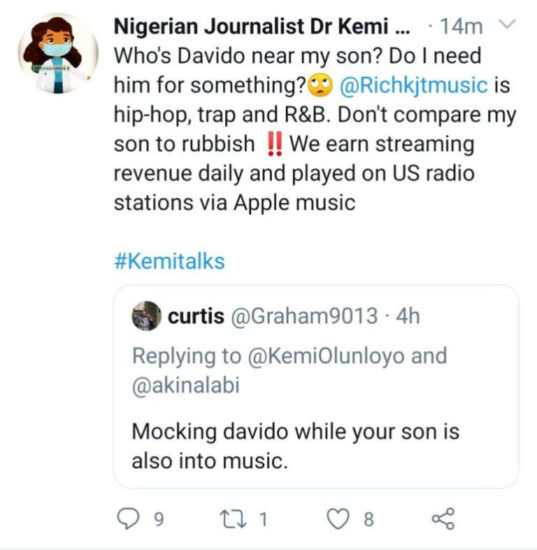 Fri Apr 9 , 2021
The Indigenous People of Biafra, IPOB, yesterday said that it has made it abundantly clear that the whole of Southern Nigeria, particularly South East does not have land for Fulani herdsmen to make a permanent settlement. IPOB in a statement by its Media and Publicity Secretary Emma Powerful warned that […]