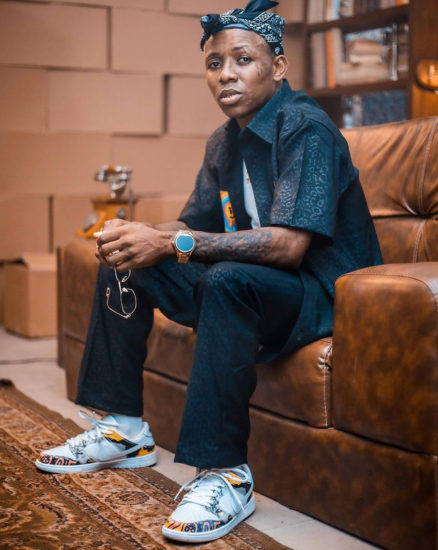 Nigerian singer Adekunle Temitope popularly known as Small Doctor has revealed that he is married with kids.

The music star made this known during a chat with media personality Nancy Isime on her show, ‘The Nancy Isime Show.’

Time had asked the music star what advice he had for anyone working hard to make ends meet.

“What I’ll say to him is if you fail to plan, you plan to fail. There’s no limitation to what someone can achieve in life. This is Canada that I can never believe I’ll have a visa talk less of having a family there,” he said.

Time apparently shocked to hear about the singer having family pried further; “You have a family in Canada?”

“That’s where my family is based,” Small Doctor replied.

“Your wife and children?” she asked.

I have a family based in Canada — Small Doctor pic.twitter.com/mE2M2U31hC