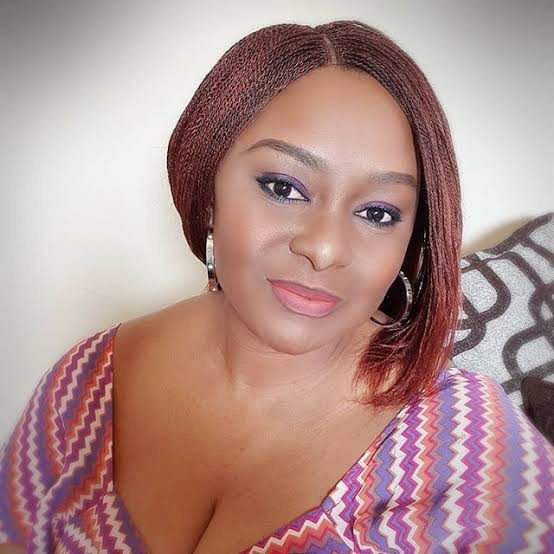 Victoria Inyama has made it clear in several posts that she’s on the side of Queen Elizabeth after Meghan Markle granted an interview to disclose how she was treated by the British Royal family and press.

READ  Join this crossdressing business, there is money in it – Bobrisky advises ‘broke’ men

The former actress, who now lives in the UK, questioned why Nigerians are so vested in the royal family’s issues when they have their own problems.

Victoria, who has been vocal about the alleged violence she suffered when she was married, argued her point by stating that even the ex-wife of the Ooni of Ife did not grant an interview to blast the monarchy when her marriage to the Ooni ended.

In other posts, she pointed out that Meghan has cut off every member of her family and said she was suicidal yet had no family to turn to.

Read her posts below. 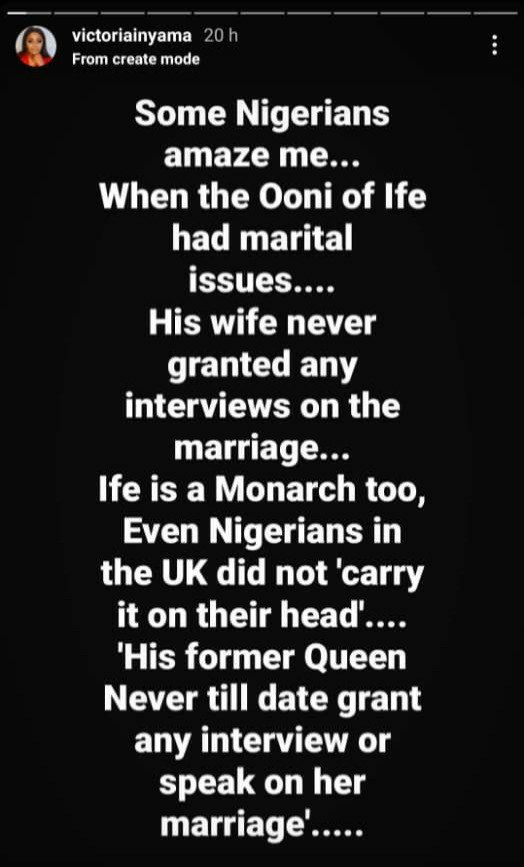 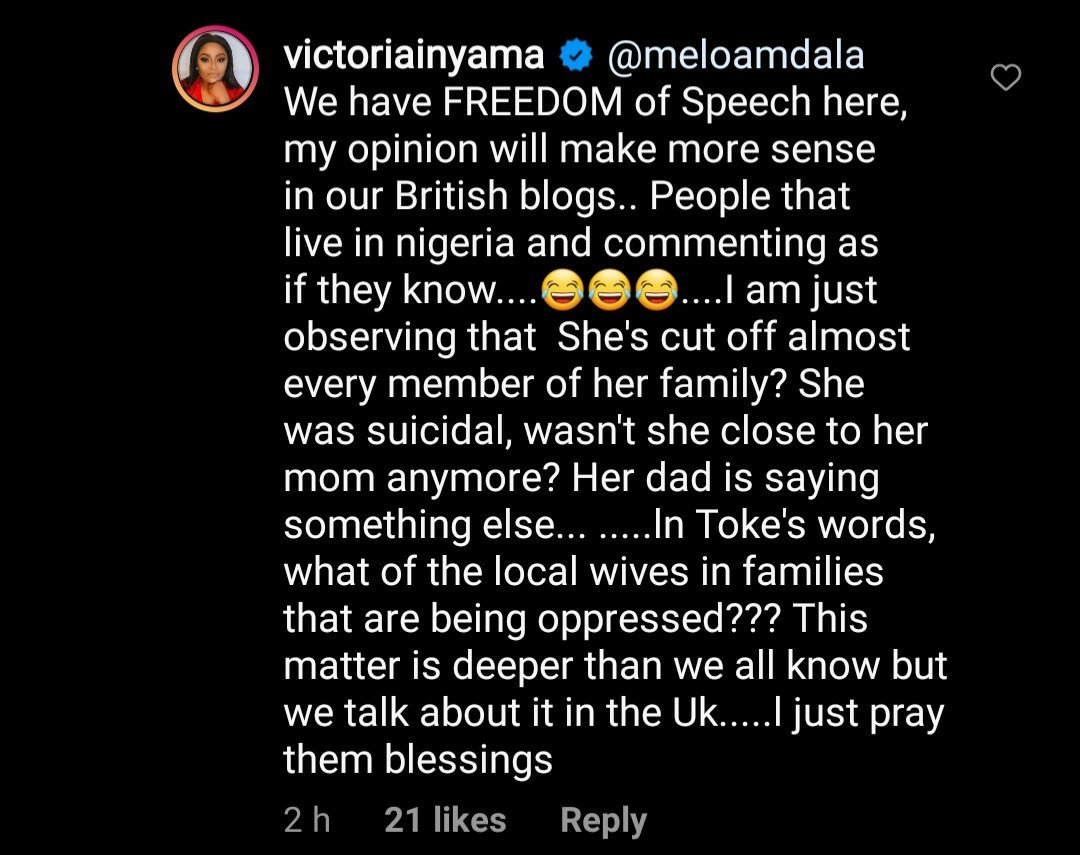