The Malayan leaf frog, a.k.a long-nosed horned frog, is one of the most remarkable creatures on Earth, at least in terms of natural camouflage.

We’ve featured some truly impressive masters of camouflage in the past, from the dead leaf butterfly to a plant that evolved to mimic the rocky terrain it grows on, but the Malayan leaf frog is definitely up there with the best of them.

As an ambush hunter that waits for unsuspecting prey to cross its path, this amphibian needs to remain unnoticed for as long as possible, and what better way to do that than blend into the leaf-covered forest floor it calls home? Its unique physical features make it almost impossible to visually detect in its natural habitat

Featuring a triangular horn or leaf-like projections extending over each eye and its nose, as well as the brown color of dead leaves, complete with the veins and patterns of a leaf, the Malayan leaf frog can easily be mistaken for a dead leaf on the forest floor.”

Except when calling, these amazing frogs do a great job blending in with their surroundings, which helps them to both capture unsuspecting prey, as well as avoid predators. 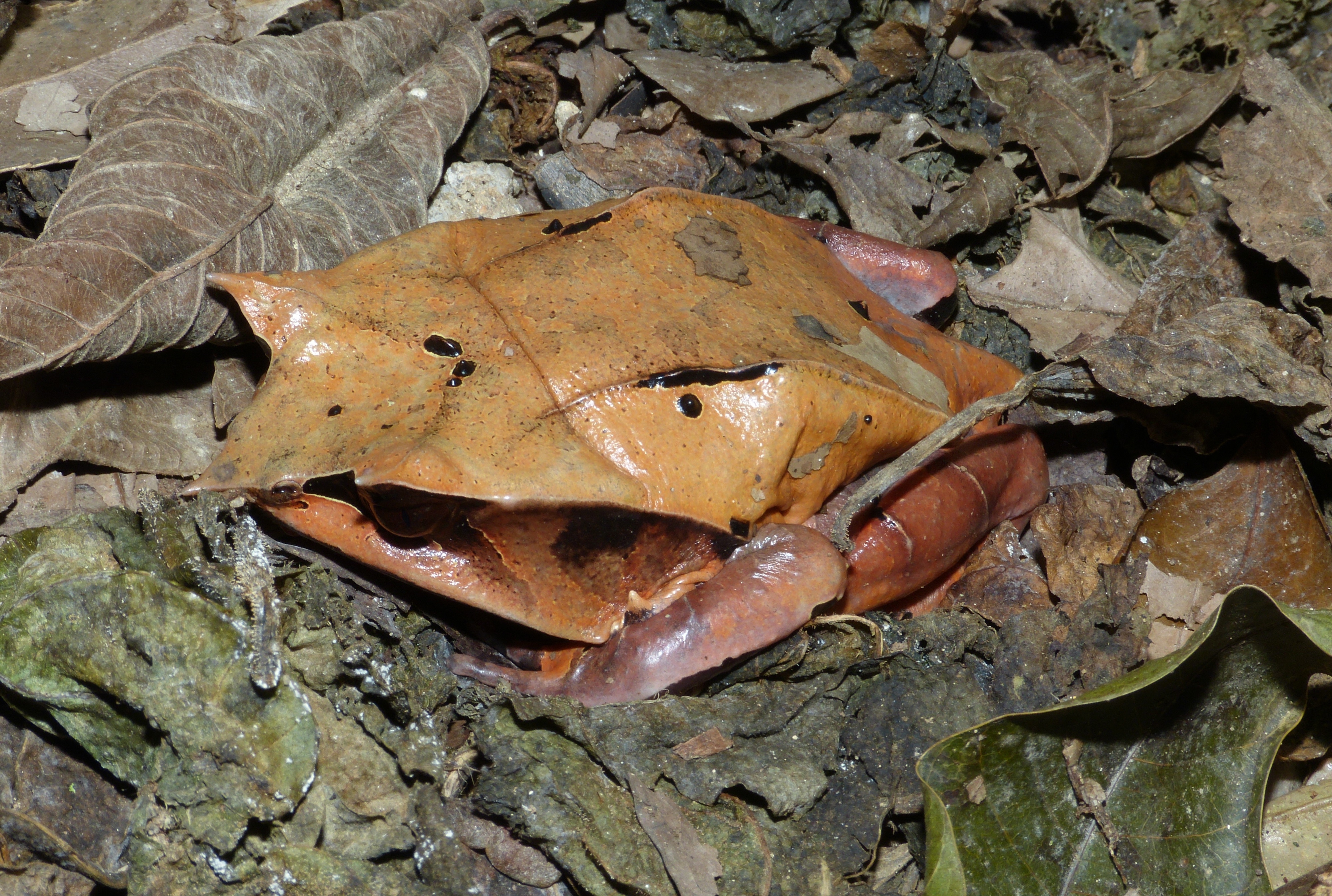 Researchers have reported on the difficulty of spotting leaf frogs during the day, as they tend to hide among dead leaves and stay perfectly still. The exact opposite is true at night, though, as the light from flashlights easily reflects from its eyes, giving away its location.

READ  #ICYMI! AKA Is Engaged

Because its habitat covers such a large area, the population of leaf-mimicking frogs is believed to be very large, but deforestation is already considered a big threat to its existence, as it leads to habitat loss.

The pet trade poses a threat to the survival of Malayan leaf frogs as well. The species is very popular with amphibian enthusiasts, and because efforts to reliably breed these frogs in captivity have so far failed, specimens are constantly being taken from the wild.

Wed Mar 17 , 2021
Nigerian actor, Uche Maduagwu who recently came out as gay has told Davido that he will only win Grammys if he gets married to his third baby mama, Chioma Rowland He stated this in a video shared via his official Instagram page while using the opportunity to congratulate Burna Boy […]