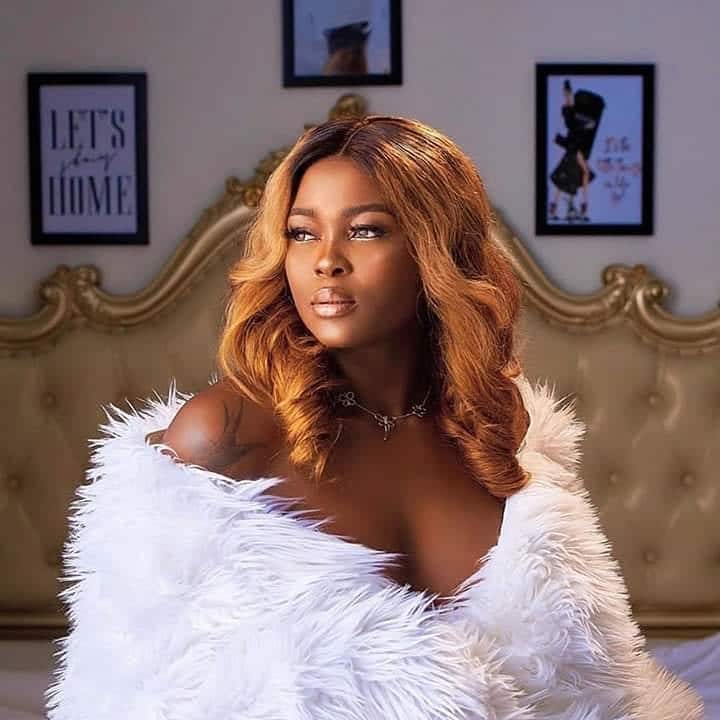 Big brother Naija star, Ka3na has disclosed that she bought a house with her hard-earned money before bbnaija. This is coming a few hours after Nengi announced she bought her new house.

READ  A man takes his grandmother out for a Christmas date

READ  Join this crossdressing business, there is money in it – Bobrisky advises ‘broke’ men 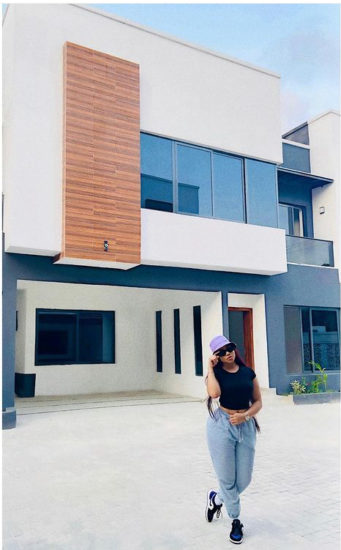 Ka3na has come online on Twitter to counter such shades.

As she’s seen boasting that she built a house with her hard-earned money before entering into Big brother Naija.

Her followers are not taking her tweet lightly as they dragged her on and called
her a clout. 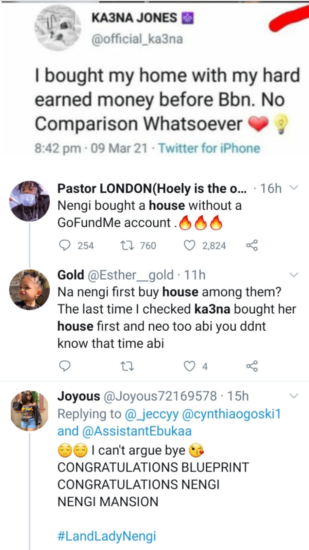 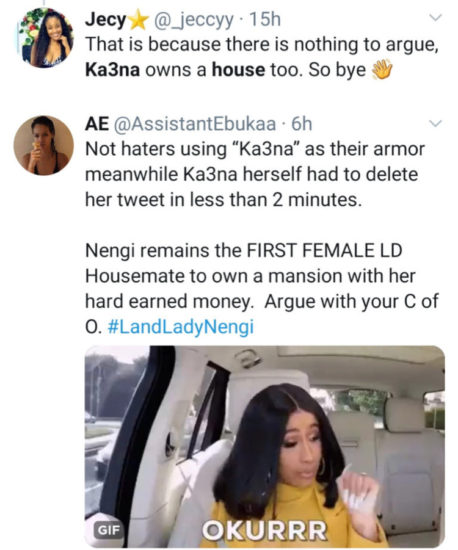 “I’m finished today” – Davido says as he shows off pictures of what his daughter, Imade, and her gang did to his house