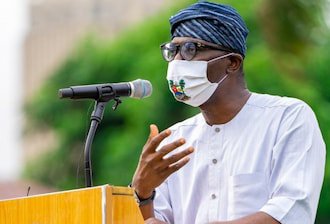 The N4.42 billion request by Lagos state governor, Babajide Sanwo-Olu to get 355 vehicles for Ministries, Departments and Agencies (MDAs) has been approved.

The press agency of Nigeria (NAN) reports that Lagos state House of Assembly on Thursday, March 25, passed the approval through a voice vote supervised by the Speaker of the House, Mudashiru Obasa.

READ  "Married Men Should Have Uniform, I Think The Ring Is Not Working"- Nigerian Lady

The House had received the request during a letter from the ministry of economic planning and budget headed by Gbolahan Yishawu.

The speaker during plenary explained that 355 vehicles were approved out of the 916 needed for various officials of the govt.

Yishawu while presenting the report back to the House noted that the committee had invited the state’s Head of Service (HOS), Hakeem Muri-Okunola, to defend the request, Nigerian Tribune reports.

The lawmaker added that Abiola Liadi, the permanent secretary within the state ministry of budget and economic planning, was also invited, amongst others.

Fri Mar 26 , 2021
With over 13 years of experience, Ized has led and served variously as Director of Marketing, PR, and growth at Metro Africa Xpress (MAX), Social producer at CNN Africa bureau, and Head of digital at Indigo Arya. She has worked for and with multi-billion naira brands, international and local, developing […]