Nollywood actress, Foluke Daramola has been dragged for allegedly diverting funds that were meant for veteran Nollywood stars to her own pocket.

According to an Instagram user who left a comment on her post, philanthropists and renowned investors had contributed to her foundation to aid Nollywood aged stars during the COVID-19 lockdown period, but she decided to hoard it since then.

In the words of the social media user identified as Originally:

“I have just bread a post on the @theeyeopenerrxx. The post didn’t portray you in a good light as it also kept me wondering what you have been doing with funds meant to help the needy within the Yoruba industry! If you don’t want to be unfortunate in this life and you also don’t want trailer to jam all you hold dear to your heart, you better make sure you are not spending those funds on your fat, miserable self! Otherwise, na naked sapona that will come for you. If you don’t want to die suddenly, do the needful with the needy’s money. Shapeless amoeba, husband snatacher.”

In reaction to the allegation, Funke Daramola said:

See the exchange below: 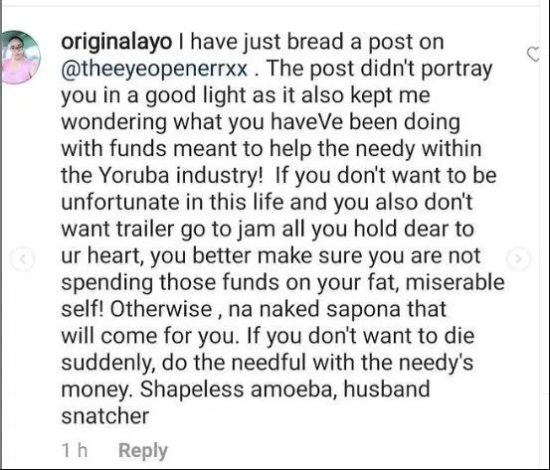 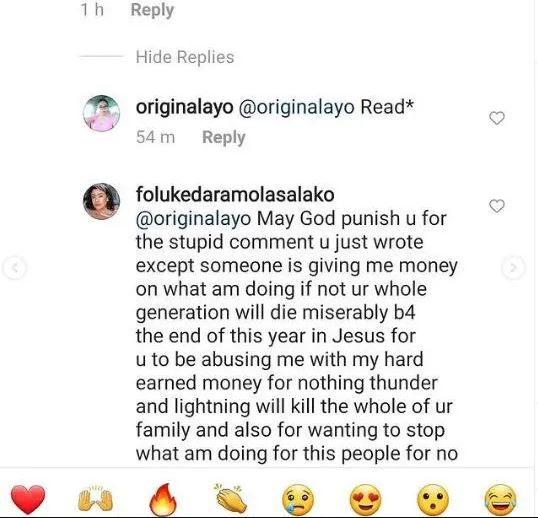 Saying Nigeria Is Stressful Is An Understatement- Music Producer, Shizzi Laments After Experience With Nigerian Police

Thu Apr 8 , 2021
Popular Nigerian producer, Shizzi took to Twitter to lament his bitter experience with the Nigerian police force. Shizzi in his tweet stated that people saying that Nigeria is stressful is an understatement. READ  Peruzzi: “i've been cashing out each year because I met Davido”He also described the country as a […]